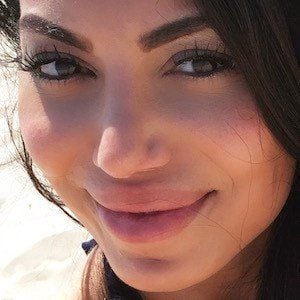 Azerbaijani fitness model with over 2.3 million Instagram followers. She has modeled for Doritos, Western Digital, EHPLabs, and a variety of different clothing brands. She has been published in several magazines and has been featured in numerous reality TV shows. She is also a designer for swimwear and clothing.

She moved to Europe at the age of five and spent several years there before moving to the U.S. at the age of eighteen. She attended the University of Maryland where she studied communications and design. At the age of 25, she started her first business, a swimwear company which she sold a few years later.

Once her passion for fitness started to gain traction, she was approached by former Mr. Olympia Dexter Jackson to join his fitness company, Team Blade. In 2012, she began working with EHPLabs, an Australian supplement company, as one of their main athletes.

She was born in Baku, Azerbaijan while it was still part of the Soviet Union. Her father is a famous artist in Eastern Europe and Asia, and her mother is a retired pediatrician. La Reina has a son who was born in 2006.

She and Laci Kay Somers both developed strong followings on Instagram.

La Reina Shaw Is A Member Of