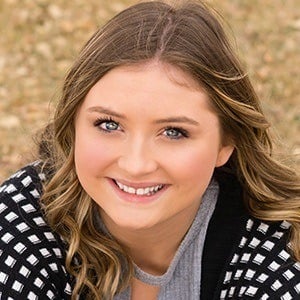 Widely known as one of the 18 adopted children of 20 total on the CRAZY MIDDLES YouTube channel. She has gained her popularity there alongside her 19 siblings and parents for having her daily life as an adopted child documented. She and her sister Cynthia Wallace have also shared a YouTube channel called Crazy Good Life.

She was featured in her own personal room touring vlog entry on her YouTube channel on January 7, 2017.

She is the sixth oldest of the 18 adopted children in her family. Her biological siblings are Cody and Elizabeth. Her boyfriend appeared in an April 2021 video on her Crazy Good Life channel. She revealed that she's pregnant in the CRAZY MIDDLES video "SHE IS PREGNANT! | Please Stop Crying! | Emotional!" A later video showed that she's expecting a daughter.

She and Branson Tannerites are both known for their family vlogging on YouTube.

Lacey Wallace Is A Member Of