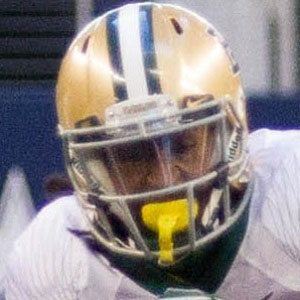 Running back who was selected 186th overall in the 2014 NFL Draft by the Washington Redskins. He was a five-star prospect out of high school, joined the University of Oregon in 2010 then transferred to Baylor in 2011, with whom he earned First-Team All-Big-12 honors in 2013.

He went to Temple High School, where he was a USA Today All-USA selection.

He was born and raised in Temple, Texas.

Lache Seastrunk Is A Member Of