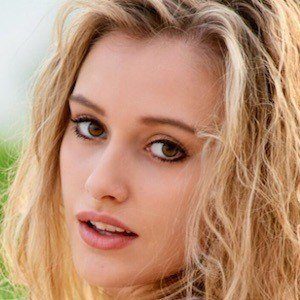 Soulful singer best remembered for her raspy pipes, she first rose to fame as a member of Team Christina on the tenth season of the Voice before being stolen by Pharrell Williams.

She began to cultivate her distinctive rasp when, at the age of three, she and her father sang along to "Hound Dog" by the indelible Elvis Presley.

She has a self-titled YouTube channel where she has primarily posted her performances of classic songs by 1980s rock artists.

Her father, Brian, has been a member of various heavy metal bands.

She competed on the tenth season of the Voice, a show hosted by Carson Daly.

Lacy Mandigo Is A Member Of