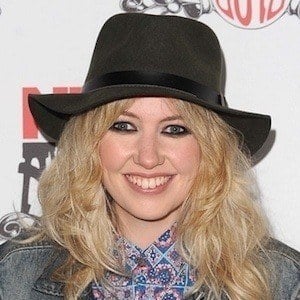 Vocalist and guitarist whose eponymous debut topped the RIANZ Albums Chart upon its release in 2008, spawning successful singles like "My Delirium." She previously spent several years as a member of the bands Teenager and Two Lane Blacktop.

She was raised in the New Zealand town of Masterton. She moved to Wellington shortly after graduating from high school.

She played herself on the British sitcom FM in 2009.

Her birth name is Phillipa Margaret Brown. She married actress Madeleine Sami in 2015.

She was featured on the Tiesto song "Last Train."

Ladyhawke Is A Member Of