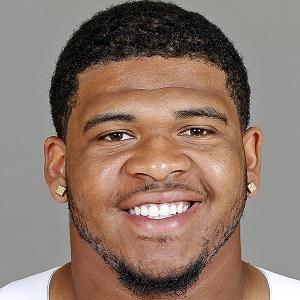 Offensive tackle who began his career with the Louisiana State University Fighting Tigers in 2011. He previously attended Redemptorist High School, where he was a USA Today High School All-American.

He was the first-ranked recruit in the state of Louisiana according to Rivals. Many scouts believed he was the best offensive line prospect in the state's history.

He was a CBS Sports Freshman All-American at LSU in 2011.

His parents are David Phillips and Loyetta Collins. His brother, David, was a member of the track and field team at LSU.

He and nine-time NFL All-Pro Alan Faneca were both star offensive lineman at Louisiana State.

La'el Collins Is A Member Of