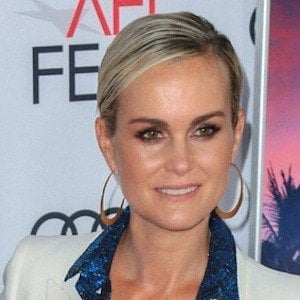 Former model and philanthropist most famous for being the widow of late French rock star Johnny Hallyday. She is the co-creator of the charity organization La Bonne Étoile, which aims to aid HIV-positive children in Vietnam.

She spent the majority of her childhood in the French seaside resort town Cap d'Agde. She later attended a French school in Miami, Florida.

She has adopted children named Joy and Jade, both of whom are of Vietnamese origin.

She recorded a cover of John Lennon's "Imagine" to benefit UNICEF.

Laeticia Hallyday Is A Member Of