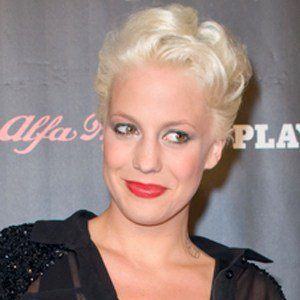 German singer-songwriter who first rose to fame in 2006 after the release of her debut self-titled album. She would go on to release half a dozen successful albums in Europe, including the 2009 compilation album Best Of - LaFee.

At only nine years old, she began sending demo tapes out to shows. This led to her participation in shows like Austria's Kiddy Contest and the Barry Manilow parody Handy.

She was born Christina Klein to Bernd Klein, a German, and Keriakoulla, a Greek. She has an older brother named Andreas.

Both she and Christina Stuermer are singers popular in Germany and Austria.

Lafee Is A Member Of