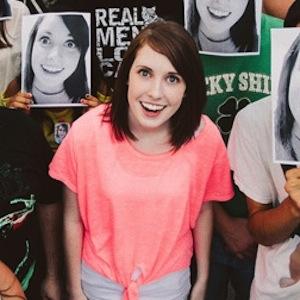 Internet personality who rose to online fame as the Overly Attached Girlfriend. Her wide-eyed look and wide smile first debuted on her YouTube channel in July of 2012 as part of a contest to satirize Justin Bieber's "Boyfriend."

The now-famous video, titled "JB Fanvideo," was the first one published to her channel. It went on to earn more than 18 million views and lay the foundation for the Overly Attached Girlfriend meme.

She was ranked in the top 15 of people made famous by the internet by Mashable in 2012. Her YouTube channel, which has evolved as a more full-fledged vlogging platform, has more than 1.2 million subscribers.

She grew up in Denton, Texas with a brother named Aaron and a sister named Sarah.

She has collaborated on videos with Colleen Ballinger, Tyler Oakley, and Brizzy Voices.

Laina Morris Is A Member Of