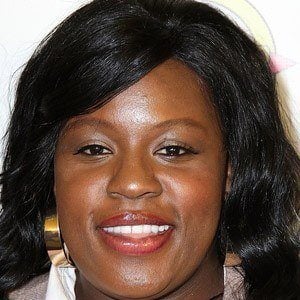 American singer who was the fourth place finalist on the fifth season of American Idol. She auditioned with Aretha Franklin's song "Think."

She began singing in church when she was five years old and was homeschooled until she was old enough to go to high school.

After American Idol, she was cast in the Broadway musical, The Color Purple.

In 2003 she welcomed a daughter, Brionne, with her then-boyfriend. She married Larry Davis in 2008 and they welcomed their first daughter together, Ava, in 2009.

She worked with the music producer for Patti LaBelle.

LaKisha Jones Is A Member Of