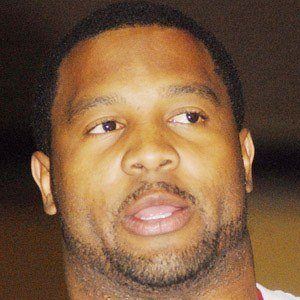 NFL linebacker who became a leader for the Chicago Bears and helped the team reach the Super Bowl in 2006. He was selected to 7 straight Pro Bowls from 2005 to 2011.

He dominated on the defensive side for the University of Arizona while playing college football.

He married his high school sweetheart, Raye Dawn Smith, in 2000. He and Raye have a daughter.

He and Devin Hester were two of the key components of the Bears 2006 NFC Championship run.

Lance Briggs Is A Member Of