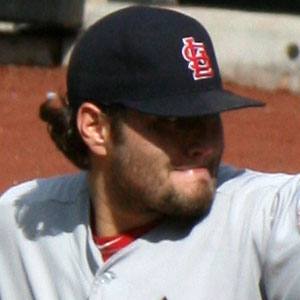 Starting pitcher who was named to his first career All-Star game with the St. Louis Cardinals in 2012.

He led Brownsburg High School to an undefeated record and a state championship before playing at the University of Mississippi.

He helped the St. Louis Cardinals win a World Series title during his first season with the team in 2011.

He won a World Series title with Albert Pujols in 2011.

Lance Lynn Is A Member Of