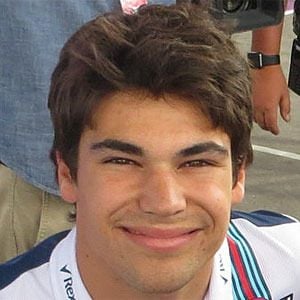 Professional race car driver who is best known for competing in the FIA Formula One World Championship division. He raced for the British Formula One racing team Williams Martini Racing.

His career in motorsports began with karting.

In 2017, he finished in third at the Azerbaijan Grand Prix.

He is the son of businessman Lawrence Stroll and fashion designer Claire-Anne Callens.

He and Daniel Ricciardo both raced in the 2017 Azerbaijan Grand Prix.

Lance Stroll Is A Member Of