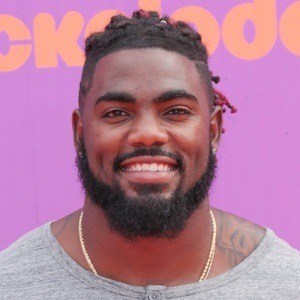 Defensive back who won a BCS National Championship as a member of the Alabama Crimson Tide in 2013. He was selected 33rd overall in the 2015 NFL Draft by the New York Giants.

He attended Dutchtown High School, where he became the second-ranked safety in his class.

He played offense as well as defense at Dutchtown, becoming the first player in LSWA history to become a 5A All-State selection on both sides of the ball.

His mother April's intensely negative reaction to his commitment to Alabama went viral. His father used to coach him as a little boy.

Head coach Nick Saban coached him to a BCS title in 2013.

Landon Collins Is A Member Of