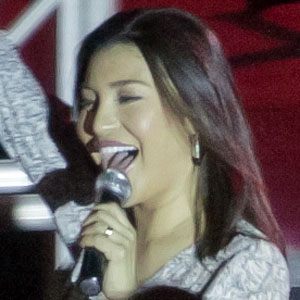 Filipino singer known for her work in a variety of genres including pop, jazz and operatic arias. She is famous for releases like her 2006 self-titled album, which went platinum in her native Philippines in a matter of weeks.

She was a backup singer for the bands Prelude and Law of Gravity.

She began a fifteen-month stint in Las Vegas in 2004, where she was dubbed "The New Siren of the Strip."

Both of her parents were opera singers, her father a tenor, her mother a coloratura soprano. She has two sisters and two brothers. She and her husband Noli have two children, Lian and Louven.

She co-starred with actor and comedian Michael V. in the TV show "Celebrity Turns" in 2003.

Lani Misalucha Is A Member Of