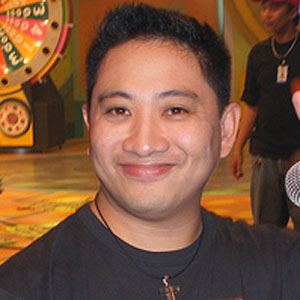 Filipino comedian, impersonator, and actor who appeared in the GMA Network show Bubble Gang and the TV show Pepito Manaloto.

He performs under several aliases such as M.C. Bits, Junie Lee, Electric Ignition, and many others.

He and his wife, Carol, have four children: Milo, Yanni, Migo, and Maypaul.

He is known as the Weird Al Yankovic of the Philippines for his satirical and weird take on things.

Michael V. Is A Member Of