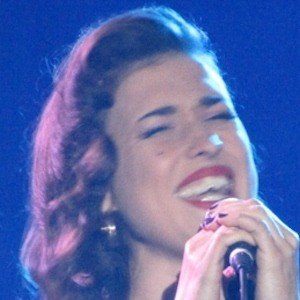 Australian jazz and blues singer whose debut album To the Horses reached the top 12 of the ARIA Albums Chart. The album went on to be named Best Independent Blues and Roots Album.

While working as a florist to support her music career, her 2010 debut single went on to be used as the theme song for the TV show Crownies.

She released her second album, Night Shade, in 2014 and has opened for Jack White and Hall & Oates.

She grew up in Sydney, Australia and has an older brother who helped teach her how to play guitar.

She once named one of her guitars after Bo Diddley.

Lanie Lane Is A Member Of