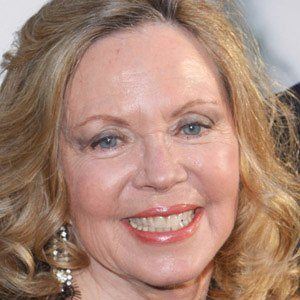 Actress who became known for playing Angelique on the show Dark Shadows.

She published a novel inspired by her Dark Shadows character Angelique's Descent in 1998.

Her first marriage was to artist Tom Parker.

She played Peter Fonda's character in the film Race with the Devil.

Lara Parker Is A Member Of