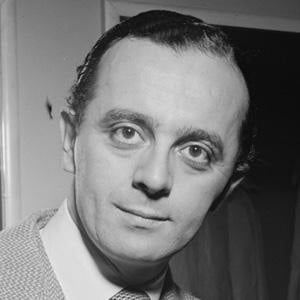 Regarded as one of the world's most talented harmonica players, he achieved popular success after working with Sting and Elton John. He was nominated for an Oscar Award for his contribution to the soundtrack for the 1953 film Genevieve.

He ran away to New York City to pursue an acting career. Once there, he broke into theatre thanks to the recommendation of legendary performer Rudy Vallée.

He was nominated for an Oscar in 1953 for his work on "Genevieve" in spite of the fact that he was not credited in the U.S. version because of blacklisting.

He married Eileen Walser in 1952, divorced her, and married Sally Cline in 1959. His brother Jerry also became a renowned harmonica player.

He was held in high esteem by composers like Ralph Vaughan Williams and Arthur Benjamin. Both artists wrote pieces specifically for him.

Larry Adler Is A Member Of