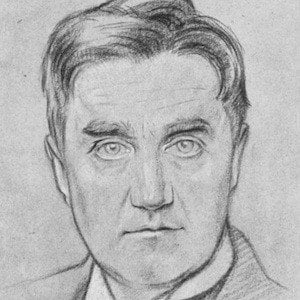 Musician who drew inspiration from history, art, the landscape, folklore, and literature. He edited the English Hymnal.

He began playing the piano, but his aptitude for the instrument was considered dreadful. He found his niche when he discovered the violin.

His first great public successes came with "Fantasia on a Theme by Thomas Tallis," "A Sea Symphony," and "A London Symphony" from 1914.

He and Leopold Stokowski both studied under the same organ teacher at the Royal College of Music.

Ralph Vaughan Williams Is A Member Of