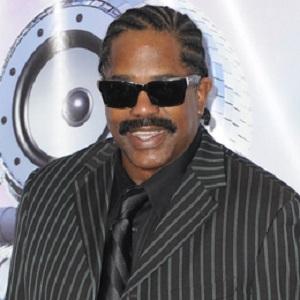 American singer best known as the frontman of the R&B and funk band Cameo. During the band's heyday in the 70's and 80's he became famous for his hi-top fade, codpiece and distinctive vocals.

He attended the prestigious Julliard School in New York City and played drums for the band Black Ivory.

He contributed backing vocals to the 1989 Cyndi Lauper album A Night to Remember.

One of his sons has pursued a political career in New York City.

He co-produced the Eddie Murphy album So Happy in 1989.

Larry Blackmon Is A Member Of