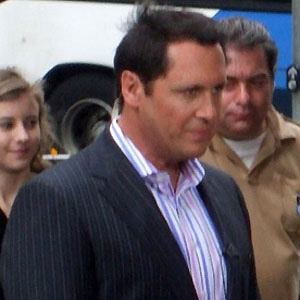 Known for co-hosting "The Morning Show" and hosting the Australian version of "The Price Is Right" on the Seven and Nine Networks.

He didn't complete high school but was lucky enough to get a job as a copyboy that in turn led to his becoming a newsreader at just 17.

He also hosted the Seven Network's "Wheel of Fortune"; his co-host on "The Morning Show" was Kyle Gillies.

He and his wife, Sylvie, had two children together named Jye and Tia.

His American counterpart on "The Price Is Right" was Drew Carey who took over from the legendary Bob Barker.

Larry Emdur Is A Member Of