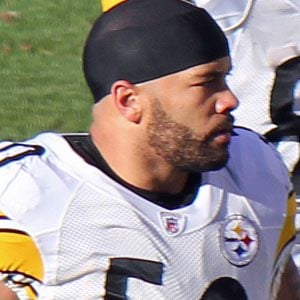 Linebacker who made his NFL debut in 2002 for the Pittsburgh Steelers and won Super Bowls XL and XLIII with the team; selected in the 4th round of the 2002 NFL Draft.

He was a standout defensive player at the University of Michigan, where he was a first-team All-American in 2001.

In the 2005 AFC Championship Game he had a key 4th quarter interception that all but ended the game against the Denver Broncos.

Larry Foote Is A Member Of