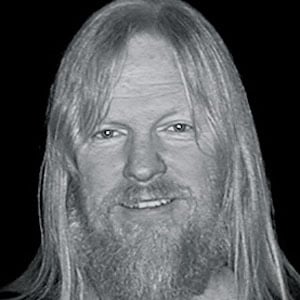 Pioneer in the Christian rock genre who was inducted into the Gospel Music Association Hall of Fame in 2001.

He signed his first solo record contract in 1966 after performing with the group Black Country Seven for two years.

He was the subject of the controversial 2008 documentary Fallen Angel: The Outlaw Larry Norman: A Bible Story.

He had a son named Michael with his second wife, Sarah Finch, before they divorced in 1995.

He helped to launch the career of fellow Christian rock legend Randy Stonehill .

Larry Norman Is A Member Of