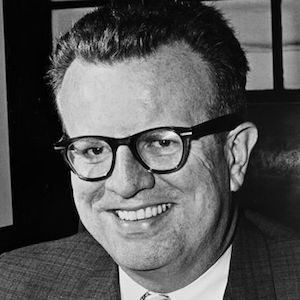 Former politician and Postmaster General who served as the 3rd commissioner of the National Basketball Association.

He was the 31st and 33rd Chairman of the Democratic National Committee.

He helped the NBA grow to 23 teams by negotiating the ABA-NBA merger while he was commissioner of the NBA.

He was married to Libby O'Brien.

He was appointed the 57th Postmaster General by Lyndon B. Johnson in 1965.

Larry O'Brien Is A Member Of