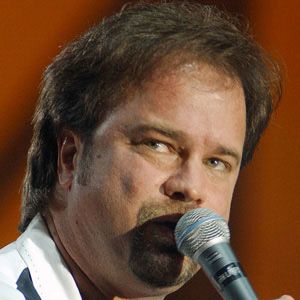 American country music singer and member of the country band Restless Heart. He released solo singles including "I'll Cry Tomorrow" and "We Can Love."

He started out striving for a career in baseball after moving to Nashville in the 1980s with an athletic scholarship to Belmont University. He changed his mind and recorded demos to pursue a music career instead.

His debut album as a solo artist was called Down the Road and it was released in 1993 with the hit single "Alright Already."

He was born into a Southern family in Kentucky and has said the toughest part of being in the music business is being away from his family at crucial times.

Larry Stewart Is A Member Of