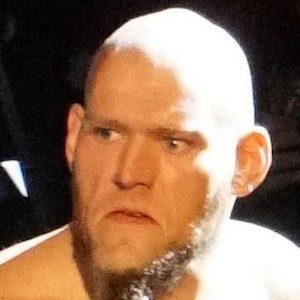 Wrestler who has competed in the NXT Championship. He was trained at the WWE Performance Center. He was ranked No. 84 of the top 500 singles wrestlers in the Pro Wrestler Illustrator 500 in 2018.

He signed with WWE in October 2013 and debuted at WrestleMania Axxess before to WrestleMania 31 in March 2015.

He started making singles appearances in August 2017. The episode was entitled No Way Jose.

His birth name is Dylan Miley.

He and Roman Reigns are both WWE Wrestlers.

Lars Sullivan Is A Member Of