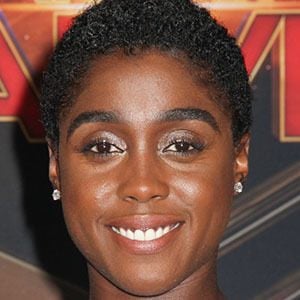 British actress who is known for her roles in television and in film. She is known for her leading role as Rosaline on the ABC drama series Still Star-Crossed and for appearing in the 2019 feature film Captain Marvel where she played Maria Rambeau.

She graduated with her Bachelor's degree in acting at the ArtsEd drama school in London. She started appearing on television in 2007 when she landed a guest spot on the show The Bill. She then went on to make her feature film debut in 2011's Fast Girls.

She was awarded the Laurence Olivier Bursary trophy during her second year at the ArtsEd School in 2009.

She was born and raised in London, England and is also of Jamaican descent.

She starred alongside Brie Larson, Samuel L. Jackson, and Ben Mendelsohn in the 2019 film Captain Marvel.

Lashana Lynch Is A Member Of