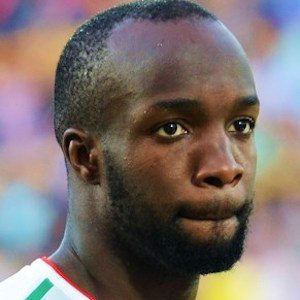 French defensive midfielder who is widely known for his time playing for Real Madrid between 2008 and 2012. In July 2015, he was signed to Ligue 1 club Marseille, where he continued dominant play.

He endured a string of setbacks as a youth footballer due to his diminutive height and weight. After earning a spot playing for Le Havre, he drew the attention of Chelsea FC scouts, where he signed in 2005.

One of his cousins, Asta Diakite, was killed during the Paris terrorist attack of November 2015.

He played alongside Hugo Lloris, the French national team's captain, during the 2016 Euro tournament.

Lassana Diarra Is A Member Of