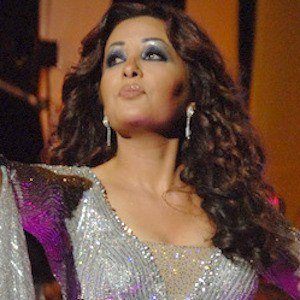 Tunisian pop singer known for her more than twenty solo albums. She has also released over seventy music videos.

She dropped out of college in Tunisia and moved to Egypt to study at the Arab Academy of Music, where she would ultimately graduate from.

She was born Latifa Bint Alaya El Arfaoui in Manouba, Tunisia. She later would take a trip to Egypt with her family following the passing of her father in 1983.

She was initially discovered by the late Mohammed Abdel Wahab.

Latifa Is A Member Of