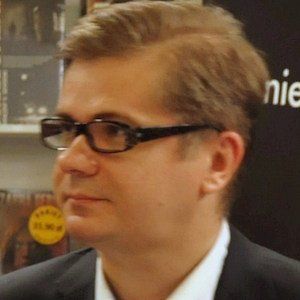 Writer and director best known for his work as a documentary filmmaker. He has hosted a number of original series including Tajemnice Polskiej Mafii and Meskie Rozmowy.

Before entering the world of filmmaking, he was a businessman and ran his own company.

A writer and journalist, he operated as the editor-in-chief of the weekly sociopolitical publication Wprost from 2013 to 2015.

Both he and Kabir Khan gained fame as documentary filmmakers.

Latkowski Sylwester Is A Member Of