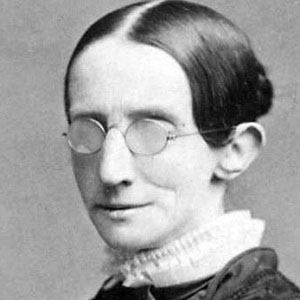 American woman who is notable for being considered the first deaf-blind child in American history to received meaningful formal education in the English language. She became world-famous after Charles Dickens wrote glowingly about her in his 1842 book American Notes.

She was left deaf and blind after contracting scarlet fever at the age of two. She was first taught to use sign language by family friend Asa Tenney.

In her later years, she taught young blind girls how to sew at the Perkins School.

She had sisters named Mary and Collina as well as a brother named Addison.

She received her education fifty years before Helen Keller.

Laura Bridgman Is A Member Of