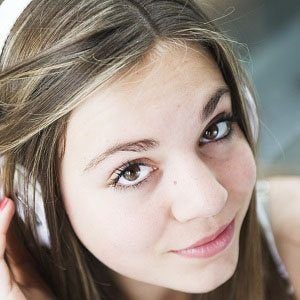 After rising to fame at the age of ten as a finalist in the 2009 Junior Eurovision Song Contest, this Belgian pop vocalist released several solo albums, including Verliefd (2010), Klaar Voor! (2012), and Meer (2014).

While competing on the Junior Eurovision Contest, she exhibited her skill as both a singer and a yodeler in the song "Zo Verliefd."

She launched a self-titled YouTube channel that had close to three million views in early 2015.

Born and raised in Berlaar, Belgium, she grew up with five older siblings.

Laura Omloop Is A Member Of