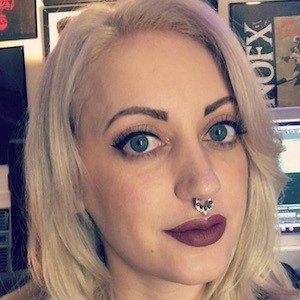 Lead vocalist of the California-born band The Animal In Me. She headlines as the clean vocalist while bandmate Shane Gould covers the unclean vocals. The band rocketed to fame after the release of their debut single "I Created a Monster."

Formed in the San Francisco bay area in California in 2011, The Animal In Me was originally named Deadlines and Diamonds.

The Animal In Me YouTube channel features numerous song cover of artists like Melanie Martinez and Adele.

The Animal In Me's YouTube cover of Eminem's "Rap God" earned more than 1 million views after it was posted in March 2015.

Laura Vierra Is A Member Of