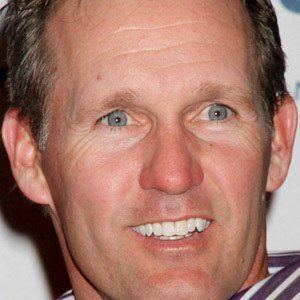 American speed skater who won the 1994 Olympic gold in the 1,000 meters after many personal and career losses.

His sister, Jane, a speed skater, introduced him to the sport.

He learned that his sister had died of leukemia shortly before he was set to compete in a 1988 Winter Olympics competition; in spite of this, he still carried on and was given the U.S. Olympic Spirit Award for his courage.

He married Karen Palacios in 2000.

He and Bonnie Blair both became world-famous American speed skaters.

Dan Jansen Is A Member Of