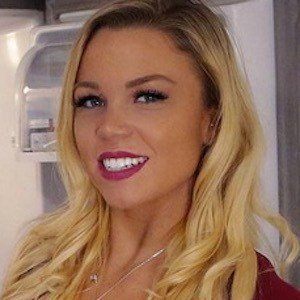 Fitness model, nurse, and author who is known for having published her memoirs as a member of the controversial Westboro Baptist Church. She was expelled from the church, which is one experience documented in the book Banished.

She began working in healthcare in a full-time capacity at age 16. In 2007, she graduated with a Bachelor's of Science degree in nursing from Washburn University.

Her book, Banished, debuted on the New York Times Bestsellers eBook list on March 30, 2013. That same year, she joined the NOH8 campaign to combat the rhetoric of the Westboro Baptist Church.

She was born and raised in Tampa, Florida. She was indoctrinated into the Westboro Baptist Church by birth, as her family were prior members. Her parents, brother, and sister have since cut all ties with her since her expulsion.

She has appeared as a guest with host Charlie Rose on the CBS This Morning show.

Lauren Drain Kagan Is A Member Of