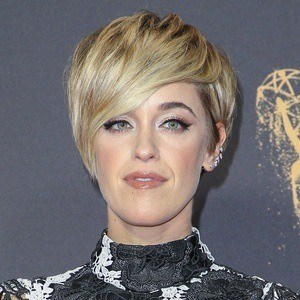 Screenwriter and producer best recognized as a staff writer for the hit Netflix series Orange is the New Black.

After graduating high school, she studied dance at Marymount Manhattan College. Intent on pursuing it professionally, her career was cut short after a terrible back injury. However, at the encouragement of a professor, she turned her sights to a career in writing.

A playwright as well as a screenwriter, she authored Roach & Rat which was featured in Lesser America's production of Just Right Just Now.

She has served as a staff writer on Orange is the New Black, a show created by Jenji Kohan.

Lauren Morelli Is A Member Of