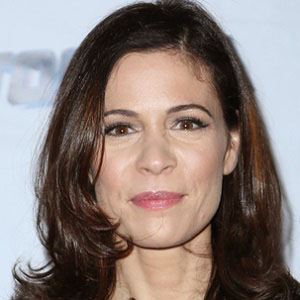 Famous for her roles as Michelle Slater, Dani Pearce, and Nurse Rose on, respectively, NBC's Community, USA's Burn Notice, and ABC's Grey's Anatomy, this actress also appeared in episodes of Scrubs, Criminal Minds, and The Mentalist.

After studying theatre at Northwestern University in Illinois, she relocated to New York City.

Her professional stage credits include productions of Lion in Winter and The Miser.

She and her four siblings grew up in Tulsa, Oklahoma, as the children of medical professionals. In 2009, she married author Randy Zamcheck.

She shared the screen with Faye Dunaway in the 2009 television movie Midnight Bayou.

Lauren Stamile Is A Member Of