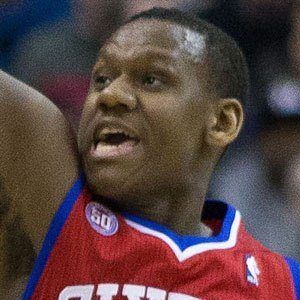 Star of the Temple Univesity basketball who joined the Philadelphia 76ers in 2011.

After playing in Europe during the NBA lockout, he saw significant minutes with the 76ers, even going into the playoffs, where he had a big shot against the Celtics.

Born in Trenton, New Jersey, he moved with his family to Pennsylvania when he was nine years old.

In the absence of the 76ers injured star center Andrew Bynum, he filled in at center, and more than held his own.

Lavoy Allen Is A Member Of