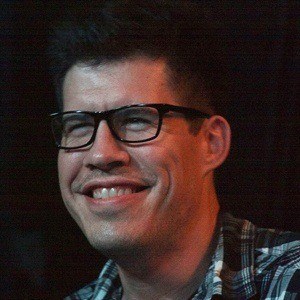 Producer and editor for the YouTube channel Funhaus, a division of Rooster Teeth Productions. He previously worked for Inside Gaming and as a producer for Machinima from January of 2011 to February of 2015.

He earned a Bachelor's degree in computer science from the University of Texas, Dallas.

He produces video game content on a personal, self-titled YouTube channel from a variety of games. He is sometimes known on the web as SirLarr.

He moved from Cincinnati, OH to Los Angeles, CA.

He has been a colleague of Adam Kovic for a long time.

Lawrence Sonntag Is A Member Of