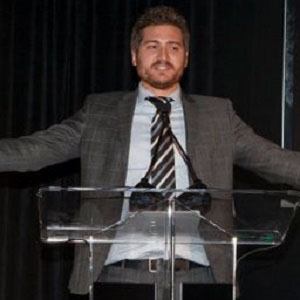 Former online video creator for Rooster Teeth Productions who was the leader and host and Machinima's Inside Gaming for nine years. He is known for his work in gaming journalism, hosting and the podcasting field.

He first became a host with Machinima when the hit Xbox game Halo 3 was in its prime. He was the original host of Inside Halo.

He was in a pilot for Machinima called Critical Flaw which didn't succeed past the pilot. His nickname is Kiwi Farms.

Adam Kovic Is A Member Of