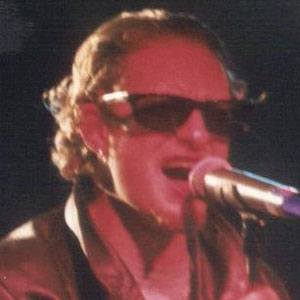 Singer for the grunge band Alice in Chains who died at thirty-four of a drug overdose. He was also a member of Mad Season, a Seattle-based supergroup.

He pushed hard to gain fame in hopes of motivating his dad to come back into his life. He and Alice in Chains released their first album, Facelift, in 1990.

He sang songs like "Queen of the Rodeo" and "Bleed the Freak."

He was born to parents Phil Staley and Nancy Staley who split up when he was seven years old.

His band was compared to Kurt Cobain's band Nirvana in the 1990s.

Layne Staley Is A Member Of