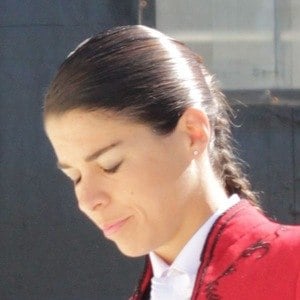 French bullfighter who gained fame when she became a matador at the Nimes Arena in September 2013.

She began her career when she fought her first bull in October 2010.

She has a passion for horses and has posted pictures of the many horses she rides and trains on Instagram.

She was born and raised in Nimes, France before moving to Seville to train as a matador.

She is a fan of famed photographer Peter Lindbergh.

Lea Vicens Is A Member Of