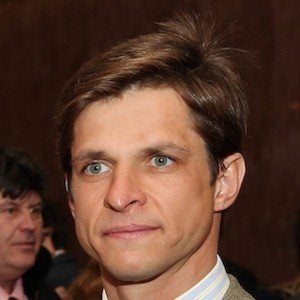 Bullfighting prodigy nicknamed "El Juli" who, at age 15, became the youngest professional bullfighter in the sport's history. By age 17, he had become the highest-paid bullfighter ever.

He caped his first bull at age 9 and attended the Madrid Academy of Tauromachy. He later moved to Mexico to circumvent Spain's age restrictions on bullfighting.

He was hospitalized after being gored by a bull in Pamplona, Spain in 2010.

He and Manolete are two of Spain's most famous bullfighters.

Julián López Escobar Is A Member Of