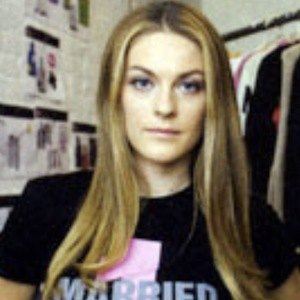 Fashion designer known for her Married to the MOB (MTTM) clothing line. Her clothes and accessories were worn by such celebrities as Fergie, Lady Sovereign, and Kid Sister. She joined The Real Housewives of New York City in 2020.

She briefly studied at the Fashion Institute of Technology (FIT) in New York.

She used her New York Police Department settlement of $75,000 to create her MTTM headquarters.

She raised a child named Kier.

Leah McSweeney Is A Member Of