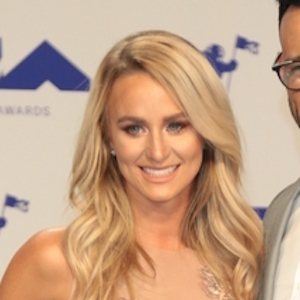 MTV television personality who starred on Teen Mom 2 after being pregnant with twins Aliannah and Aleeah with her at-the-time boyfriend Corey Simms.

She and Corey were only dating a couple of months when she discovered she was expecting twins. She gave birth to Aliannah and Aleeah on December 16, 2009.

She married Jeremy Calvert on April 4, 2012. She suffered the miscarriage shortly after their marriage, then had a daughter named Adalynn Faith in February 2013. She and Calvert divorced in 2015. She has two siblings named Victoria and Isaac.

She was a Teen Mom 2 personality like Kailyn Lowry.

Leah Messer Is A Member Of