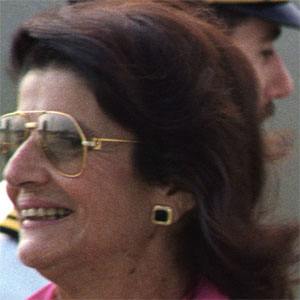 Wife of the assassinated Israeli Prime Minister Yitzhak Rabin. She died of lung cancer five years later and is considered by many to be one of the greatest Israelis to ever live.

She met her future husband in school and married him the same year Israel became an independent country.

After Yitzhak Rabin's assassination she urged Israelis to carry on his legacy by voting for his supporter, Shimon Peres.

She supported her husband's attempts to find peace with Israel's neighbors.

Her husband took over leadership of Israel after the resignation of the former Prime Minister Golda Meir.

Leah Rabin Is A Member Of