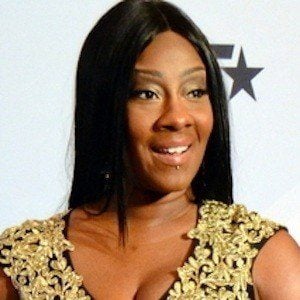 Gospel singer who won the third season of the BET singing reality show Sunday Best. She went on to release singles like "I Shall Leap Into My Destiny," which topped Billboard's Gospel chart in August 2011.

She got her start singing in her father's church and was hopeless at the time of her audition for Sunday Best.

In 2012, she won a Grammy for Best Gospel/Contemporary Christian Music Performance, becoming the first Sunday Best contestant to win a Grammy.

She has siblings named Tamara, Gregory Jr., Terrence and Michael. Terrence has co-written several of her songs. In 2013 she married Forrest Walker. She has five children.

She and Joshua Rogers are both winners of Sunday Best.

Le'Andria Johnson Is A Member Of