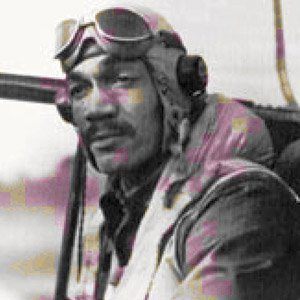 World War II pilot who earned the Distinguished Flying Cross for his service with the Tuskegee Airmen.

He was one of the first applicants to the U.S. Army's pilot training program for African-Americans. He graduated first in his class at the Tuskegee Army Airfield and was commissioned as a Second Lieutenant in 1943.

He reached the rank of Lieutenant Colonel before retiring from the U.S. Army Air Corps.

He was married to Ida Burnell; the couple had three sons and one daughter.

He was a consultant for George Lucas 's 2012 film Red Tails."

Lee Archer Is A Member Of