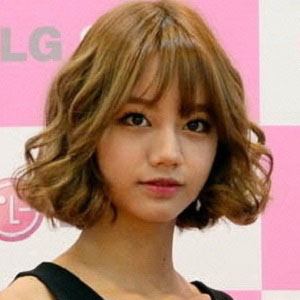 South Korean singer and actress best known as the youngest member of Girl's Day. She is also notable for her television career, which includes roles in the SBS shows Tasty Life and Hyde, Jekyll, Me, and in the MBC program Real Men.

After studying at the Seoul School of Performing Arts, she entered the film program at Konkuk University.

In 2013, she had an eight-month relationship with H.O.T. boy band member Tony An.

She and her sister grew up in Gwangju, South Korea.

She and Kim Yura both rose to fame as members of Girl's Day.

Lee Hyeri Is A Member Of